It’s a new month, and there’s still plenty of new episodes of the show waiting in the wings for your viewing pleasure.

To start, Jim Allen takes you to an Alabama racetrack, but this isn’t Talladega. It’s Barber Motorsports Park and Museum in Leeds. This road course features an Indy Grand Prix, MotoAmerica Championship and a museum with the world’s largest collection of vintage motorcycles.

Summer camps often revolve around swimming, boating and fishing. At Camp McDowell, though, campers learn how to plant, grow and harvest their own food during Farm School. Melissa Bowman gets her hands dirty with this story from Nauvoo, Alabama.

The 2018-2019 season was a banner year for Auburn University Athletics with the basketball team making its first ever trip to the Final Four and the baseball team playing in the College World Series for the first time in 22 years. But there’s another spots team on the Plains that’s been racking up championship after championship. Kevin Worthington visits with the AU Equestrian team to discuss their 2019 national championship and the team’s undefeated season – a first for any team since the NCAA recognized the sport in 1998.

Sidney Phelps of Bonnie Plants is in the studio to answer questions submitted by our viewers. In this episode, he tackles:

-What plants are not good to have growing near each other? That might cross pollinate?

-Are there any concerns using animal manure for a nutrient source for gardening?

-I have huge plants with no fruit. What’s the problem there? 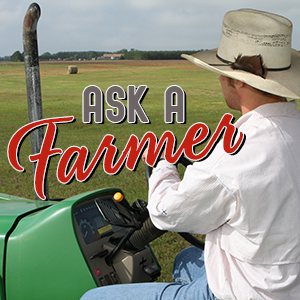 Click here to submit your question about agriculture. If we use it on the show, we’ll send you a nice gift!

Get Social with Simply Southern